Your driver will take you on a coastal drive to the famous Amalfi Coast. You will find yourselves driving down-hill directly to Ravello, famous for its nature and for the Villas like Villa Cimbrone and Villa Rufolo, whose gardens are full of different kind of flowers, plants and trees, especially lemon and orange trees for whom the coast is famous. The driver will wait for you for about one hour before leaving.Villa Rufolo sits on a ledge that has attracted thousands of visitors over the years, thanks, in large part, to the inspiration it provided Giovanni Boccaccio in his Decameron and as the location where Richard Wagner composed the second act of his opera “Parsifal” in 1880.Each summer since 1953 the “Ravello Festival” has honored Wagner with concerts held on the dramatic Villa Rufolo stage overlooking the Tyrrhenian Sea.

Departing from Ravello you will see other amazing places less known such as Atrani city. We will then reach Amalfi. This one is such an important city for the Campania region that it gives its name to the entire coast. Here you can find several touristic spots such as the cathedrals next to the sea, the shopping streets, the museums and the square “Piazza del Duomo”. But do not forget the food! Restaurants, gelato places, cafes and shops where you can find typical Amalfi styled dishes.

At this point it’s time for a nice lunch, trust our staff and you will enjoy a incredible meal made by local ingredients, such as seafood and handmade fresh pasta. Alternatively you can have a pizza or a panino, something quicker but equally delicious.

Before leaving your private driver please agree upon the time to leave in order to reach your cruise ship on time. During the ride to the port, you can reminisce about your incredible day mixed with ancient Roman history and the present day beauty of one of the most famous coastlines in the world! 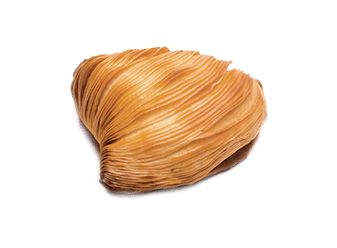 We had a wonderful day with Giovanni. He took us to Positano, Sorrento and Herculenium. We were a group of 4 and the van was very comfortable. Giovanni is very knowledgeable and he went beyond what was necessary to make us happy. We will recommend him for anyone who wants to visit the area. Pascualle, Francesco, Simona LaMamona and Liza

Cruise Ship Excursion - July 2015 Enrico really made this trip very special. He was extremely accommodating to the diverse group of people we had from our Cruise Ship. One family wanted to see Sorrento, another Positano, and another Pompeii. He graciously accommodated us all. It was a fantastic trip, with lots of laughs and smiles. A very special day with a superb guide!

My husband booked a tour of Positano, Sorrento, & Pompeii with Lovely Amalfi Coast Tours after finding them on Trip Advisor. This was our first tour on a week long cruise, so we weren't sure what to expect. Our drivers were Giovanni and Gaetano, who were friendly, knowledgeable, professional, and made our day truly special. It was a national holiday the day we went and Giovanni and Gaetano arranged the day so we never got stuck in traffic. It seemed that every location we went to was not crowded when we arrived, but was very crowded when we were leaving. This made our day and experience, all more enjoyable. One example, they arranged for us to have lunch at a nice location in Sorrento. Our table was all set when we arrived and we were treated like royalty. They stopped along the way to allow us to take photos of scenic routes and recommended a great place to buy limoncello. I would highly recommend this company as this was the best part of our trip. It made us want to return to the Amalfi Coast one day.

Wonderful tour as you can see !! We love it

We can't thank you enough with such a fantastic tour best one yet our guide Vincenzo was great knowledgeable and very attentive to our needs we will not think twice to recommend your company to our friends back home Grazie !!!!!!

Had a fabulous day with Giovanni as our driver/guide. Promptly picked us up at Naples train station and provided an informative day with us..never a dull moment and he new all the great spots to see.in the Amalfi area including Pompei. Took us to a fabulous place in Sorrento for lunch and was very accommodating in every way. There were 6 of us and the van was very comfortable for everyone. Once our full day was done he had us back to the Naples train station and made sure everything was all ok for our return trip to Rome. "Gio" is quite the character and would highly recommend him and this fine company for their tour. It is one of a kind and a great value. This was our 1st tour when we arrived in Italy and what a great way to start out our vacation!!!

An amazing tour with a fabulous guide! Giovani showed us Ravello, Amalfi and Positano. They made the initial inquiries; the booking and the actual tour so easy! They were delightful to work with. We hope we get to book another tour with them someday. Giovanni was amazing!!!