Tour from your Hotel of Ville di Stabia - Pompeii - Oplonti

Your private driver will greet you at your accommodation (or Naples train station), after a brief presentation you will be accompanied to the luxurious vehicle where our staff will offer you every comfort you need. After that they will give you important information about the tour and the places that you are going to visit.

On the way to Pompeii, we will drive by Mt. Vesuvius, the volcano responsible for one of the most famous historical events in Italy. The old city of Pompeii is located at the base of the Vesuvius and was flourish during the Period of the Roman Empire. After the eruptions of the Volcano in 79 B.C the city has been destroyed and covered by ashes and lapillus. The Archeological dig started in 1748 and in three centuries only 3/5 part of the city has been discovered. Now the city has declared World Heritage Site by UNESCO and 3.750.000 tourists each year come to visit it.

The eruption of the Vesuvius, that destroyed Pompeii, hit the city of Herculaneum too with a huge tsunami of dirt and lava. But unlike Pompeii, the city of Herculaneum preserved wooden buildings and any sort of goods. Therefore for archeological studies is a very important site. Sculptures, paints, vases and so on are now in the “Archeological Museum of Naples” and in the “Antiquarium”.

Our next two stops are small cities where there are archaeological sites as important as the previous one, even if they are less known.

The first one are the “Ville di Stabia”, located in Castellamare di Stabia, the town was once known as Stabia only. It was destroyed by the apocalyptic eruption of the Vesuvio of the 79, which hit Pompeii and herculaneum as well, and on the beach of Stabia the poet Plinio the old found the death due to his whish to look closer to the eruption. The town of Stabia was once known as a place where the “Patrizi” (The Rich romans) used to spend their holidays and where they had built numerous “Villas”. The archeological digging started on 1739, after the casual findings of several items. They are not as famous as the Pompeii or herculaneum ones but not for this reason they are less fascinating. The archaeologists have found not only the villas and other buildings, but even several paintings especially in the “Aquarium Stabium”. Enjoy the beauties of the Villas such as Villa Arianna, Villa San marco or the “Nuove Terme Stabiane”.

The second archeological site that you are going to visit is Oplonti in the city of Torre Annunziata near Naples. Even this city was hit by the famous eruptions. Inside you can find ancient buildings as Villa di Poppea,  named after the second wife of the Roman empereor Nerone, infamously known for being the emperor who spent his time singing while his empire was burning due to a huge fire. The villa is so called because of some items such a vase and some documents that allegedly belonged to the empress.

Take your time and visit this amazing archeological sites to witness the strength of history. 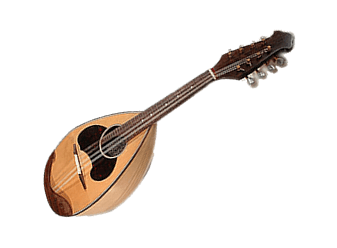