The tour will begin after you meet your private driver who will be easily recognizable due to the sign on which will be written your name and our agency logo at the port where your cruise ship will be docked. After a brief presentation your private driver will accompany you at the luxurious vehicle where and will offer you every comfort you need. Furthermore he will give you important information about the travel and the places that you are going to visit. Finally, let's get started your dream Private Tour !

Your driver will take you on a coastal drive to the famous Amalfi Coast. You will find yourselves driving up to the Milky mountains directly to Ravello, famous for its nature and for the Villas like Villa Cimbrone and Villa Rufolo, whose gardens are full of different kind of flowers, plants and trees, especially lemon and orange trees for whom the coast is famous. The driver will wait for you for about one hour before leaving.Villa Rufolo sits on a ledge that has attracted thousands of visitors over the years, thanks, in large part, to the inspiration it provided Giovanni Boccaccio in his Decameron and as the location where Richard Wagner composed the second act of his opera “Parsifal” in 1880.Each summer since 1953 the “Ravello Festival” has honored Wagner with concerts held on the dramatic Villa Rufolo stage overlooking the Tyrrhenian Sea.

Departing from Ravello you will see other amazing places less known such as Atrani city. We will then reach Amalfi. This one is such an important city for the Campania region that it gives its name to the entire coast. Here you can find several touristic spots such as the cathedrals next to the sea, the shopping streets, the museums and the square “Piazza del Duomo”. But do not forget the food! Restaurants, gelato places, cafes and shops where you can find typical Amalfi styled dishes.

At this point it’s time for a nice lunch, trust our staff and you will enjoy a incredible meal made by local ingredients, such as seafood and handmade fresh pasta. Alternatively you can have a pizza or a panino, something quicker but equally delicious.

Before leaving your private driver please agree upon the time to leave in order to reach your cruise ship on time. During the ride to the port, you can reminisce about your lovely day mixed with ancient Roman history and the present day beauty of one of the most famous coastlines in the world! 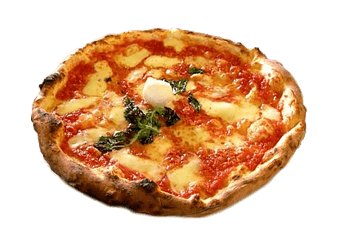 DURATION OF THE TOUR: 8 hours

We have more than 71 reviews in the last year!

Can't say enough about Gio and how he just made our trip complete. From singing Italian to us, well to my wife to just making us feel like he was family. When you plan your almafi trip you must get Gio to take you around. Truly amazing.