Your private driver will greet you at your Hotel / accommodation (or Naples train station), after a brief presentation you will be accompanied to the luxurious vehicle where our staff will offer you every comfort you need. After that they will give you important information about the tour and the places that you are going to visit. Finally, let's get started your dream Private Tour !

Your driver will drive you up to the famous Milky Mountains and he will give you chance to take an incredible pic of Mt. Vesuvius and Naples area from that beautiful chain mountains. Once arrived in Ravello,you will have time to visit this lovely little town , famous for its nature and for the Villas like Villa Cimbrone and Villa Rufolo, whose gardens are full of different kind of flowers, plants and trees, especially lemon and orange trees for whom the coast is famous. Villa Rufolo sits on a ledge that has attracted thousands of visitors over the years, thanks, in large part, to the inspiration it provided Giovanni Boccaccio in his Decameron and as the location where Richard Wagner composed the second act of his opera “Parsifal” in 1880.Each summer since 1953 the “Ravello Festival” has honored Wagner with concerts held on the dramatic Villa Rufolo stage overlooking the Tyrrhenian Sea.

After this incredible visit, your driver will take you on a coastal drive (the famous Amalfi Coast) heading to Amalfi town. This one is such an important city for the Campania region that it gives its name to the entire coast. Here you can find several touristic spots such as the cathedrals next to the sea, the shopping streets, the museums and the square “Piazza del Duomo” and its unique church, the beautiful "Sant'Andrea Cathedral".The Amalfi Cathedral is a striking structure with 62 steps leading to its entrance. Its façade is Arabic-influenced Romanesque with a bold mix of stripes, arches, mosaics and textures. The bell tower and cupola are decorated with green and yellow tiles. The heavenly Cloister of Paradise is home to the tombs of Amalfi's wealthy merchants and features Moorish styling in white marble. The Crypt of St. Andrew is located in an altar decorated with beautiful Baroque murals dating from 1660. 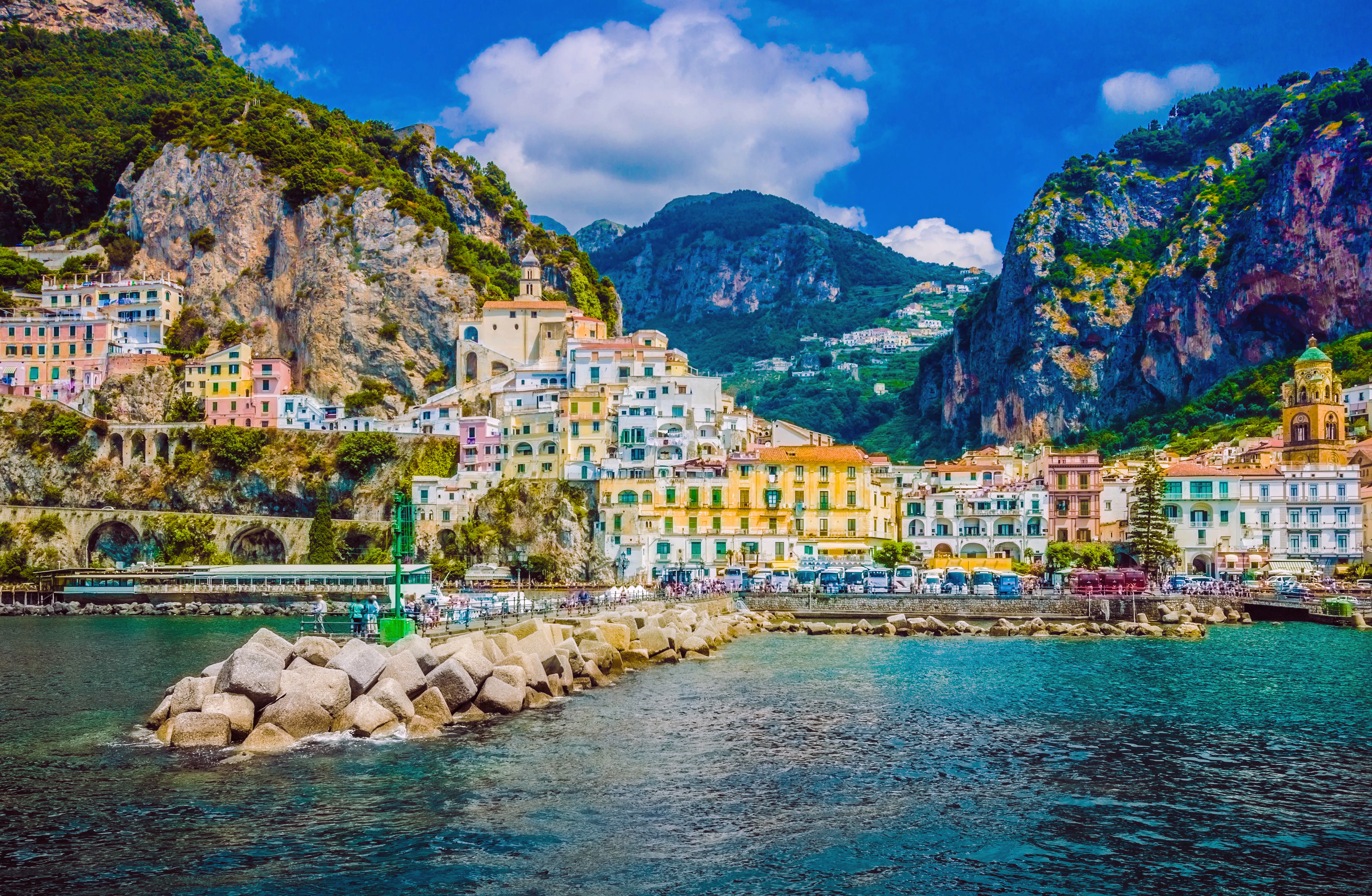 At this point it’s time for a nice lunch, trust our staff and you will enjoy a incredible meal made by local ingredients, such as seafood and handmade fresh pasta. Alternatively you can have a pizza or a panino, something quicker but equally delicious. Stopping for lunch will be according to your needs and your time.

Before leaving your private driver please agree upon the time to leave. Then the driver will recommend a suitable time to get back to your hotel/ accommodation (or Naples train station) after this lovely day!.


Check availability and Get a Quote

Available: All year round (Herculaneum is closed on Wednesday).

DURATION OF THE TOUR: 9 hours

Check availability and get a quote!

We have more than 81 reviews in the last year!

We had a wonderful time on our tour of Pompeii and the Amalfi Coast with Lovely Amalfi Tours and our driver Giovanni. We were part of a group of 16 people - 8 each in two vans - organized by someone else on our cruise. Lovely Amalfi Tours arranged for a tour guide to take us through Pompeii at minimal cost since there were so many of us. It was excellent! We were the first group to arrive at Pompeii that morning, just as they were unlocking the gates, so had very few other tourists at the site with us. The drive of the coast was beautiful with lots of stops for pictures. They organized a group lunch for those that wanted it, but were flexible in allowing those that didn't to stay longer in Positano and grab their own lunch. I would certainly recommend this company and wouldn't hesitate to book with them in the future.

“Great trip with Giovanni” If you have a port stop in Naples, or are otherwise in the area and have a day to spend on the Amalfi Coast, book a Lovely Amalfi Tours day tour with Giovanni. You will not be disappointed! Six of us spent the day with Giovanni as our guide/driver, and thanks to his knowledge, his passion, his careful planning, his expert driving, his responsiveness to our wishes and, above all, his wonderful good humor, we had a great day visiting Ravello, Amalfi, Positano and Sorrento. We also stopped at several points along the way for photos, which were, without a doubt, the most beautiful photos from our entire Mediterranean cruise. Thank you, Giovanni, for an outstanding day!

What an amazing day this was - truly one of the highlights of our vacation overall. We booked this excursion to get an overview of the Amalfi Coast area while in the port of Naples on a Celebrity Cruise. Giovanni was our driver and could not have been any nicer or better informed! He knew I was into photography and made sure he stopped in all of the right places for memorable photos. We even stopped to squeeze our own fresh orange juice and he arranged for us to have a lovely lunch in a little restaurant where he knew we would be treated like family! We opted to do the full day tour which began with a drive across the mountain area, and then hugged the coast with stops in Ravello (check out the lovely clifftop villa), Amalfi, Positano, and Sorrento. Perfect day - not a care in the world Lovely Amalfi coast Tours treated us like royalty - and isn't that what vacation is supposed to be about?

We recently took a 1 day trip through to the Amalfi Coast all the way to Ravello. Giovanni was fantastic. He was very helpful and on time at every stop. His sense of humor was great and he knew the area very well. Everything went smoothly from my first email to Giovanni all the way to the day of the trip. We highly recommend Lovely Amalfi coast Tours and would do it all over again. Reasonable pricing when you compare it to a ship excursion.